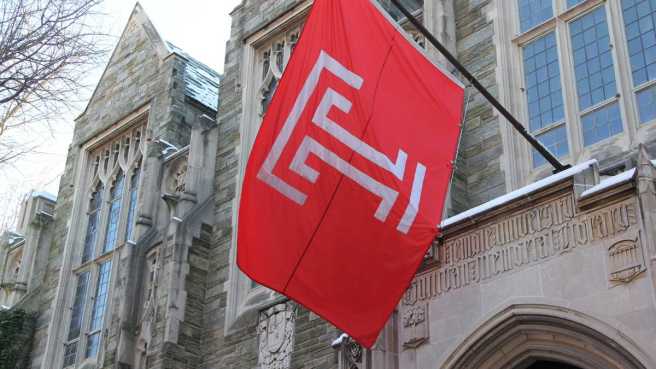 First days of class mostly blend together. You know what to expect: some introductory remarks, the syllabus,  perhaps a corny ice-breaker depending on the class size. You might even get out early. But there are a few first days from my undergraduate years that stand out.

I once had a professor with a perverse pride in scaring students into dropping his class. The hemorrhaging of students after the first day seemed to have become his calling card. So he spent the first class discussing the syllabus in exacting and intimidating detail, making every assignment sound extraordinarily hard. He was not like other professors, he said, and his class was not like other classes. No, here in this class a significant part of our final evaluation would be determined by our “professionalism grade.” Being a natural rule-follower, I promptly determined to pretend to be a professional every Tuesday and Thursday morning for the next four months. I think he was very impressed.

The other first day of class I remember was economics 101. The professor walked into the room and began to ask us questions about economics. We provided our pat answers, whether from the right or the left, and to each response he asked another question, exposing the limits of our certitude. Before long we were down to bedrock: what is a good society? What is a just distribution of resources? How do we balance competing claims of justice and liberty and equality?

This is actually a stylized rendering of the class. What I remember about it is not the details, but the feelings of wonder, confusion, and intellectual stimulation it evoked. That’s an accomplishment on the first day of class that a lot of courses never achieve at any point in the semester.

So, today was the first day of my two sections of Immigration and the American Dream. The results, I’m sure, were somewhere between professor professionalism and econ 101.

We jumped right into some primary sources and saved the last 10 minutes of class for the syllabus. I had five different documents so we split into five groups. Each group had two tasks: first, what does this document mean? What sense can you make of it? Second, what questions do you have about it? What don’t you know that you think you need to know to be able to evaluate this source?

After we came back together and the groups shared what they came up with, we discussed what it might all mean, what light these documents shed on “Immigration and the American Dream.” Were there through-lines in the documents? Themes tying them together?

Students mentioned some good possibilities: a sense of expectation, the importance of white racial identity, assimilation, disagreement over the meaning of the American Dream, gaps between an idealized America and its reality, and so on.

Our takeaways were that speaking of a singular “American experience” is difficult if not impossible; that we are entering into a long-running debate about what the United States is and what it should be, and what role immigrants do or ought to play in that. The exercise was also meant to impress upon the students that asking good questions is a key skill that we want to cultivate. They didn’t have enough information to really understand their documents in depth. But some of the students thought their documents were quite simple and easy to understand. They didn’t see the need to ask more questions of their sources.

I want to dispel that certainty. Being able to imagine what we don’t know is crucial. Coming up with plausible answers is fairly easy. Asking questions that will illuminate and expand our understanding is much harder. Hopefully we will ask lots of good questions this semester.

For some students, this was probably too much too quick–an intimidating and awkward exercise with a room full of strangers. Others took it in stride and had insightful things to say. Others were probably just annoyed that we used up the whole class period on the first day. It’s going to be a fun semester.