For much of the twentieth century, many American Christians used the language of “crusade” in the context of evangelizing activity. I’d like to know more about the origins and uses of this language. I’m sure it has been thoroughly explored. Who should I read about this?

Billy Graham’s meetings were famously called “crusades.” Even in the late 1960s, the black evangelist Tom Skinner’s ministry was called “Tom Skinner Crusades.” It might seem obvious to us that American evangelists and (especially) missionaries overseas might find it counterproductive to speak in the language of “crusade” to describe what they were doing, but it wasn’t at all obvious to them. In fact, in some cases they were quite explicit in drawing on a medieval heritage that we might associate with violence and extremism. Here was the emblem of one Christian college in the mid-1960s: On one level, you might suggest this is about as serious as a sports mascot. But I would argue it indicates a deeper perspective conflating Christianity and the heritage of the so-called “West.” There is an interesting gendered dimension to all of this, one that comes through really clearly when you see how the college announced students’ marriages: 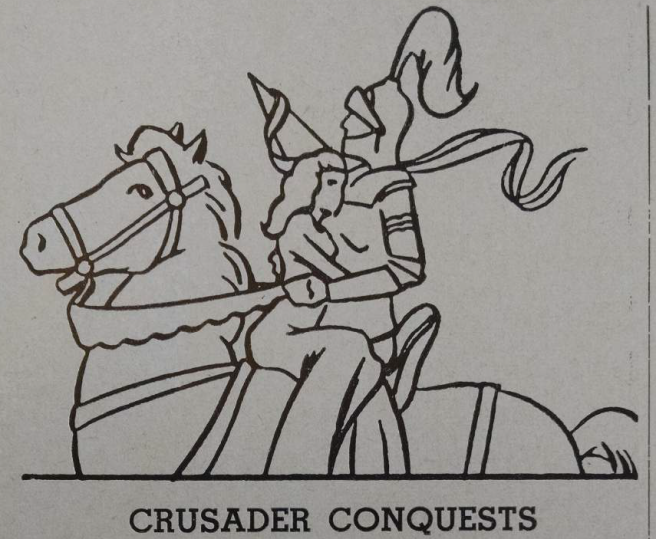