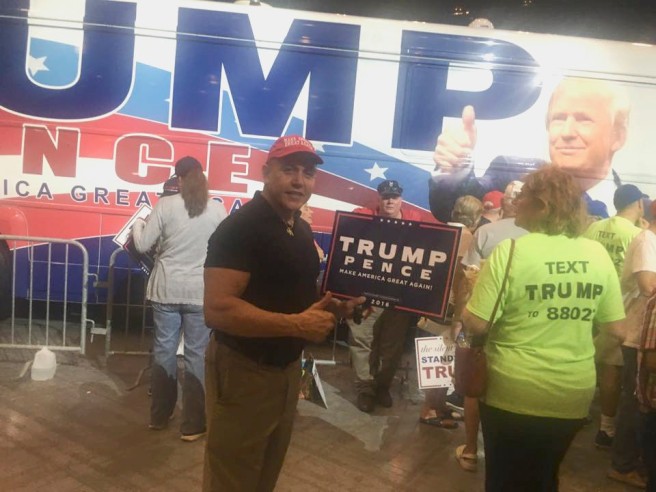 There is no greater threat to the safety of the American people or to the construction of a free society in the United States than white racism. It has always been this way. White racism fueled the slave society that devoured the bodies of human beings like so much kindling for the fire. White racism threw the country into the abyss of civil war, leaving 750,000 people dead. White racism powered the largest, deadliest, and most enduring terrorist organization in American history.

White racism closed ballot boxes in pursuit of power and split bodies open for sport. White racism built walls of concrete and imagination, bordering minds and communities, closing off opportunity, condemning the Einstein you never heard of to die in a dank prison cell.

White racism gives to Americans the most tangible knowledge we have of the reality of human depravity. It is the purest evil we know. White Americans, especially, live constantly in the intimate paradox of familiarity and denial of this knowledge. The manifestation of this intimate paradox is seen in our defensiveness, in our rote insistence that racism is both awful and, somehow, powerless in the face of our good intentions.

Next Tuesday Republican voters in Iowa’s 4th Congressional District will vote for Steve King, all the while imagining that they oppose the violent racism we’ve witnessed this week. I wish they did. But that would require aligning their actions with their professed intentions. It is sobering to realize that the vast majority of these people are entirely sincere. Indeed, it is through reckoning with their sincerity that we can glimpse how whiteness works.

White Americans learn from an early age to lie to ourselves. We acquire this skill alongside language and basic motor functions as a necessary part of being able to move through the world at ease with ourselves. Because we’ve learned that racism is Very Bad™ we must insist that it does not stain us. Yet because we are actually quite familiar with its rhythms and logic—learned as we navigated the built environment itself, went to school and home and church, taken in through jokes and side remarks, understood in what was unsaid— we must insist that racism is something like being impolite.

Racism is too bad to attach itself to us; it is too familiar to be that bad. And so white racism in the white American imagination is imagined as rudeness or mean-spiritedness, rather than a deadly evil that destroys lives by the thousands.

So while Steve King talks about his white supremacist convictions with all the subtlety of a blaring fire alarm, Republican voters will support him. And while Donald Trump spews toxic mixtures of racism, violence, and conspiracy theory, those who share his views take it to heart and are emboldened to murder people. We saw it last year in Charlottesville. We’re seeing it again this week.

Meanwhile, ordinary white people in places like rural Iowa, people who wouldn’t hurt a fly, will go on lying to themselves, imagining that that they don’t bear responsibility for this week’s events. They’ll go on saying they support Trump’s policies but not some of his rhetoric, as if racist incitement to violence is a minor matter of etiquette. They’ll go on playing roulette with other people’s lives, never having to face the lies that let them live in peace. More people must die, they have decided, so that we white Americans can live comfortably in our own skin.